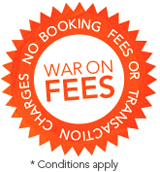 Yo Future features a cast of 20 young performers travelling in packs, flocks and herds to a soundscape of computer mail alerts and shutdown motifs. The appearance of a large, mysterious box leads to excitement, fear, disgust, anarchy and a beautiful rendition of Leonard Cohen’s Everybody Knows. The show investigates the fears and fascinations of the millennial generation (those born after 1984).

Jo Randerson created this work in 2011 with Long Cloud Youth Theatre Company (Wellington). It was produced with a minimal budget and had a short but very successful season, receiving glowing reviews. Jo Randerson’s company, Barbarian Productions, is producing the show in Hamilton, Invercargill and Auckland this year, developing it anew with local young people coming from each city.