Spies and villains, mysteries and lies, Alfred Hitchcock!  Stagecraft’s production of Patrick Barlow’s play adaptation of Hitchcock’s adventure film, performed with only four actors, is unmissable comedy. Richard Hannay, an accidental hero, is caught up in an intriguing web of secrets and spies, after meeting a mysterious foreign woman with a secret. The twists and turns take our hero Hannay from a London music hall to the Scottish highlands, meeting an array of equally mysterious and hilarious characters along the way, all played by just three actors using lightning fast quick-changes. As the mystery deepens, Hannay must try to uncover the plot and save Britain from a den of devious spies.

Fast-paced comedy, lots of in-jokes for Hitchcock fans and an action-packed, thrilling story, this is going to be a great evening’s theatre for all!

PLEASE NOTE:
Please be advised that strobe lighting will be used during this performance.
Due to disruptions, latecomers will not be admitted to theatre.  Please ensure you have exchanged your ticket for an entry voucher at least 15 minutes prior to show start time.  Thank you. 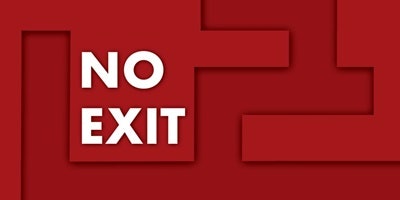