Urinetown: The Musical is a hilarious musical comedy that pokes fun at authority, capitalism, big corporations, populism and often itself. In 2012 it gained a host of nominations for the Tony awards and took out best book and musical score plus the theatre world award. The characters of Bobby Strong and Hope Cladwell were included on New York Theatre Monthly's list of "The 100 Greatest Roles in Musical Theatre".

Its musical style takes a slice from a variety of well-known genres while the script makes dry comments on the well-recognised rascals of our society.

A twenty-year drought has caused a terrible water shortage, making the use of private toilets unthinkable. To control water consumption, people now have to pay to use the public amenities. There are harsh laws ensuring that people pay to pee, and if the laws are broken, the offender is sent to a mystical penal colony called "URINETOWN" . . .  never to return.

Through a series of unlikely clichés Bobby Strong, lowly amenity assistant, meets Hope Cladwell, the beautiful but strangely stupid daughter of Mr Caldwell B Cladwell - the big bad CEO of the company controlling the public facilities. Love blooms but as the fees to the loos are hiked once more, Bobby believes that the laws are wrong and by opening the doors of the urinal, he begins a "pee-for-free" rebellion. 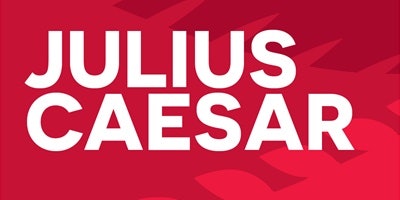