CAR ENTRY Cars only. Vans, MPV's and large vehicles are not permitted.
$35.00

eTicket
free
Courier (signature reqd)
$5.00
Courier (rural delivery)
$9.00
Venue Pickup (International Users)
free
Please note: not all delivery or payment options may be available at checkout due to compatibility with other events that may be in your cart.

For the first time at Armageddon, the classic Drive In experience is here over three nights as we screen the modern Sci-Fi classic SERENITY, the 80’s cult film HIGHLANDER and the ultimate trek film, STAR TREK 2: THE WRATH OF KHAN.

Here lies the opportunity to watch one of your favourite movies and relax in the comfort of your own car, put your feet up on the dash and have a great time. The set up is very simple, you pull your car up, tune in your FM car radio to the frequency that the movie is being broadcast on, and you can forgo all the movie etiquette where you have to shush, eat your chippys quietly and sing along in your head.

The movie is projected up onto a 50 square metre screen, and the movie audio is transmitted into your car on a selected FM frequency, these two great features combine for a great viewing experience from the comfort of your own car.

Please note access is for cars only. Vans, MPV's and large vehicles are not permitted due to sight line restrictions. 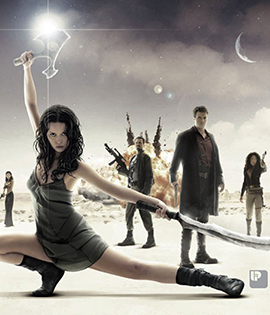 They aim to misbehave... Serenity is the feature-length adaptation of Joss Whedon’s cult TV show, Firefly, about a band of galactic outcasts 500 years in the future.

The story centres on Captain Malcolm “Mal” Reynolds (Nathan Fillion), a hardened veteran (on the losing side) of a galactic civil war, who now ekes out a living pulling off small crimes and transport-for-hire aboard his ship, Serenity. He leads a small, eclectic crew who are the closest thing he has left to family – squabbling, insubordinate and undyingly loyal.

When Mal takes on two new passengers – a young doctor and his unstable telepathic sister – he gets much more than he bargained for. The pair are fugitives from the coalition dominating the universe who will stop at nothing to reclaim the girl.

The crew that was once used to skimming the outskirts of the galaxy unnoticed find themselves caught between the unstoppable military force of the Universal Alliance and the horrific cannibalistic fury of the Reavers, savages who roam the very edge of space. Hunted by vastly different enemies, they begin to discover the greatest danger to them may be on board Serenity herself. 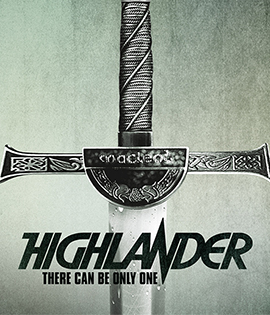 Christopher Lambert and Sean Connery star in the epic tale of immortality that launched one of the most beloved action-adventure series in film and TV history.

After Scottish clansman Connor MacLeod (Lambert) discovers his true identity as a member of a legion of immortals, he embarks on a legendary journey spanning continents and centuries, eventually landing in modern-day New York City.

Connor faces his ultimate test when other immortals begin to appear in the city for the mythical Gathering to claim the Prize, leading to a titanic showdown with the frightening and deadly Kurgan (Clancy Brown).

In the end, there can be only one! 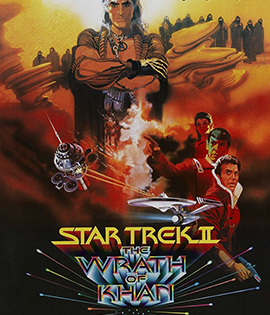 "At the end of the universe lies the beginning of vengeance."

Admiral James T. Kirk faces his greatest challenge yet. Suffering through doubts about his place in the galaxy, he is thrust into action once more against his most bitter foe – Khan Noonien Singh, who has escaped his exile on Ceti Alpha V and now seeks revenge on Kirk.

With a powerful new device in the wrong hands and a no-win scenario in play, the cost of victory for the starship Enterprise may prove too high.

Go back to the main ARMAGEDDON 2017 page