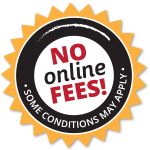 Absorb the calm and serene atmosphere of St Peter’s Cathedral while enjoying an excellent performance of one of this country’s finest choirs. Among the stained glass windows, Gothic arches and dulcet organ pipes, Hamilton Civic Choir led by Timothy Carpenter will perform a corpus of sacred music in honour of Mary, Mother of Christ.

Mary, the mother of Jesus, commonly referred to as Mary, Mother of God, Saint Mary, Virgin Mary and Blessed Virgin Mary, is one of the most admired figures in Scripture and considered by many to be the greatest of all Christian saints. While her life held great honour, her calling also required great suffering. Though there was joy in motherhood, there was great pain in the privilege of being the mother of Christ.

The Hamilton Civic Choir present its mid-winter concert entitled “Ave Maria” and will feature choral favourites such as the blazing but festive “Magnificat” by Bach (BWV 243), “A Hymn to the Virgin” composed by a juvenile Britten, Rachmaninoff’s “Bogoroditse Devo” praised as “the greatest musical achievement of the Russian Orthodox Church”, and Allegri’s masterpiece “Miserere Mei”. The programme will also feature Marian motets and settings by an array of composers spanning from the Renaissance to the 21st Century including New Zealand’s own David Griffiths and David Childs.

The choir will be accompanied by the Cathedral’s recently refurbished organ, played by Timothy Carpenter, with Assistant Musical Director and Répétiteur extraordinaire Francis Cowan who will conduct the opening of Bach’s “Magnificat”, the “Collegium Regale” by Howells and the beautifully sombre “Stabat Mater” by Pergolesi.

Timothy says “I have always been keen to do a choral concert with musical settings celebrating Mary, mother of Christ. Texts like Luke 46 (the Magnificat) and the Ave Maria are some of the most widely known to church goers, audiences and singers, and are used in both sacred liturgical and secular contexts. It will be fun and educational to perform settings of the same texts but with a wide range of styles, composers, difficulties and influences.”

Recent auditions have resulted in a dozen new singers joining the choir and Chairperson Koli Jayatunge says that the tour to New York’s Carnegie Hall in April this year has also given the choir a joie de vivre as they look forward to delighting audiences. This year’s programming includes a concert in September where the choir will perform Bach’s “St John’s Passion” in collaboration with St Matthews Chamber Orchestra, and a concert in November commemorating the Centenary of the First World War Armistice.