A collection of short plays devised by Unitec’s graduating 2018 Year 3 Acting students. FIN? marks the end of their training. Under the direction of Pedro Ilgenfritz, Kate Parker and John Davies, the graduating class have been divided into five cohorts and will perform; Lunar State, Broderskap, Invidia, Margot and Just Like That.

Name: Lunar State
Cast list: Bridie Sisson, Sheyney Ansin and Emily Hurley
Synopsis: “At one time, according to Sir George H. Darwin, the Moon was very close to the Earth.
Then the tides gradually pushed her far away: the tides that the Moon herself causes in
the Earth's waters, where the Earth slowly loses energy.” - (Italio Calvino’s The Distance of the Moon)
Run time: 30 Minutes
Warnings: bright lights

Name: The Immeasurable Distance Between Grief, You and Us
Cast List:
Atawhai - Kruze Tangira
Sherry - Kirsten Jongsma
Elsie - Gabby Dally
Jayson - Muhammad Nasir
Riley - Benny Joy Smith
Synopsis: A eulogy of the disappeared, and of the journey of grief from the perspective of those left behind.
Running Time: 30 minutes
Warnings: Strobe lighting, mature content

Name: Just Like That
Cast List: Joel Crawford, Louise Holloway, Reece Robyn, Michael Brock.
Synopsis: Passion, betrayal, Conflict. When a young woman secret is revealed, bringing a child into the world becomes the most important thing. When she is forced to make a choice her world is plunged into darkness. Does she have what it takes to bring back the light?
Running Time: 30 minutes
Warnings: Strobe lighting, loud noises, intense enthusiasm 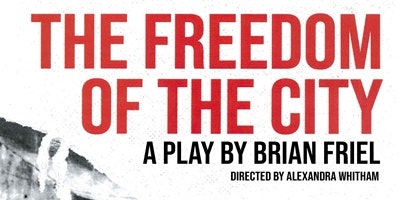 The Freedom of the City Unitec Theatre