The ENDING HIV Season of RENT 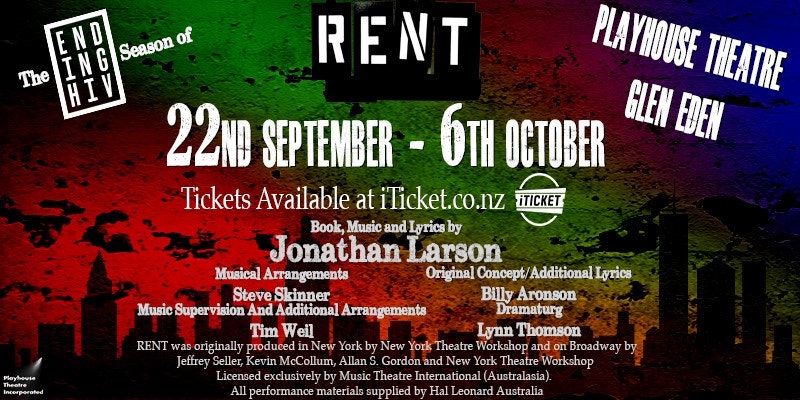 The ENDING HIV Season of RENT tells the story of one year in the life of a group of bohemians struggling in modern day East Village New York. The story centres around Mark and Roger, two roommates. While a former tragedy has made Roger numb to life, Mark tries to capture it through his attempts to make a film. In the year that follows, the group deals with love, loss, AIDS, homelessness and modern-day life in one truly powerful story.

As one of the most beloved musicals of all-time, Rent continues to stake its claim as a must-see show with each new revival. Success has followed the Tony-and Pulitzer Prize-winning story in all its forms, be it a hit motion picture or foreign adaptations. On Broadway, Rent gained critical acclaim with an astonishing 12 year run, it is the eleventh-longest-running Broadway show featuring classics like "Seasons of Love" and "Light My Candle.” RENT is the winner of 18 major awards, including the Pulitzer Prize for Drama, 4 Tony Awards, a New York Drama Critics Circle Award, 6 Drama Desk Awards, 3 Obie Awards and a Drama League Award

Featuring a brilliant cast and award winning creative team (NAPTA award winner for BEST Direction Of a Play for 2018 -  Kit Haines), this is a rare chance to experience the searing emotion and breath-taking thrills of one of the all-time great musicals – book now to avoid disappointment!

Ending HIV NZ is a programme run by the New Zealand AIDS Foundation. This programme encourages staying safe through the use of condoms,  encouraging regular testing for HIV and other STIs. It promotes early treatment for those diagnosed with HIV, which leads to better long-term health outcomes and in many cases, eliminates the risk of further transmission.

By working together, we can end HIV in New Zealand.