Merata Mita was an unflinching filmmaker whose stories captured startling images of bigotry and violence in a New Zealand that was scarred by an era of provocation and protest. She also crafted tales of Indigenous hope. She was a beloved and inspiring teacher and mentor who continues to be remembered by generations of filmmakers worldwide.

Merata was a fiercely protective and deeply loving Mum. The work of her son Heperi Mita has brought her legacy to life in a moving feature documentary MERATA - How Mum Colonised the Screen.

The Māoriland Keynote Address this year is delivered in her own words through the documentary MERATA with introductions by Heperi and the whānau.

The NATIVE Slam is a 72-hour international Indigenous collaboration film challenge. This is a vivid opportunity for experienced film storytellers to combine their creative talents and make a short film.

The results of their work feature in this screening. Previous NATIVE Slam films have screened at film festivals around the world.

Dress up e hoa mā and walk the red carpet into the Māoriland Hub for a night of entertainment to celebrate the closing night of the MFF2019!

Awards will be presented to filmmakers - as decided by the audiences.

There will also be prizes for Red Carpet attendees in the following categories:

Put March 20 - 24 in your calendars now and join us in Ōtaki to celebrate the world of Indigenous cinema and creativity! 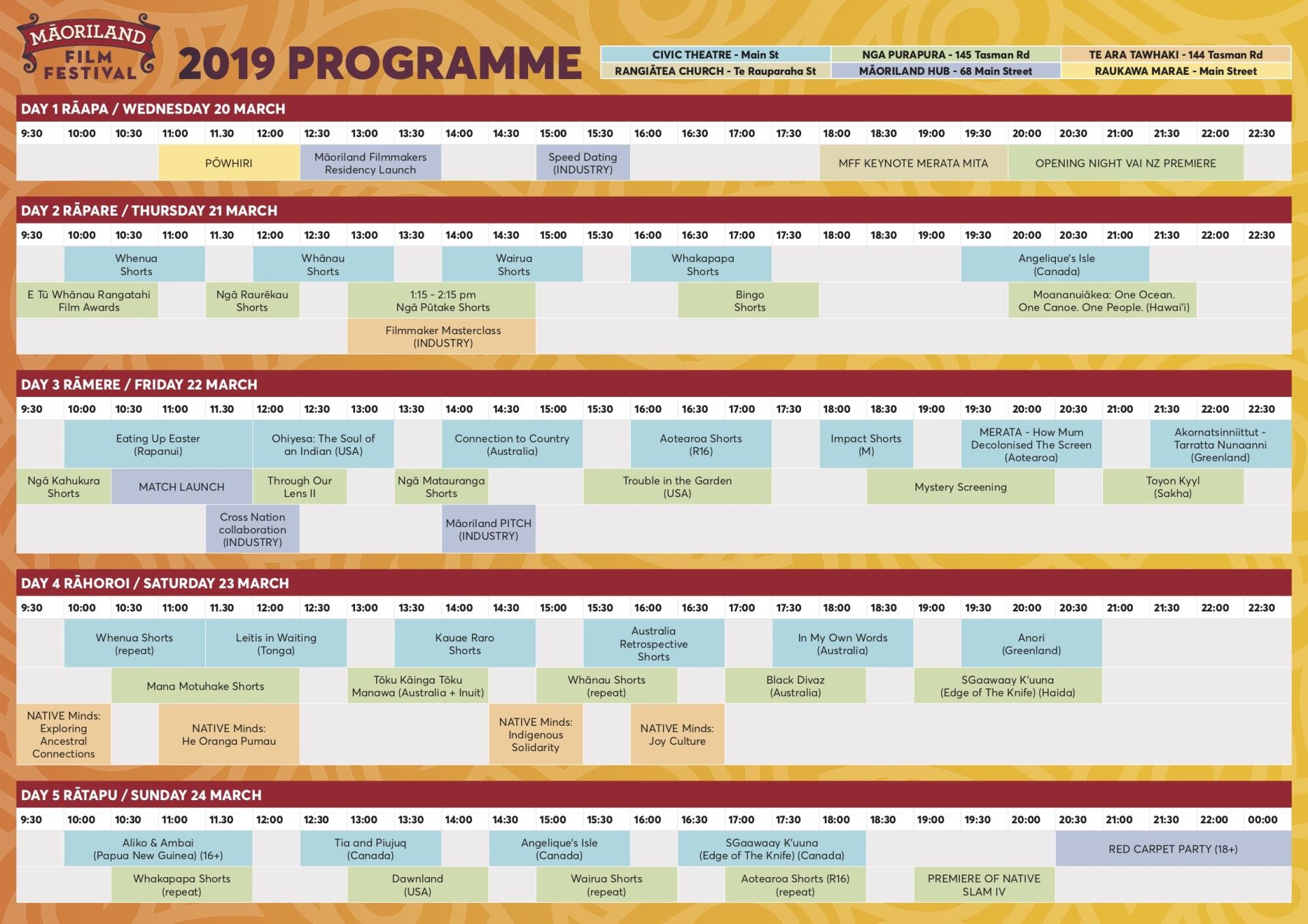