PROGRAMME Official 'Dirty Rotten Scoundrels' Programme to be collected on the day
$5.00

eTicket
free
Courier
$4.00
Courier (rural delivery)
$9.00
Post
$1.00
Please note: not all delivery or payment options may be available at checkout due to compatibility with other events that may be in your cart.

Based on the popular 1988 MGM film, Dirty Rotten Scoundrels takes us to the French Riviera for high jinks and hilarity. Sophisticated, suave, with a good dash of mischief, this hysterical comedy features a delightfully jazzy score by David Yazbek (The Full Monty) and was nominated for a staggering eleve 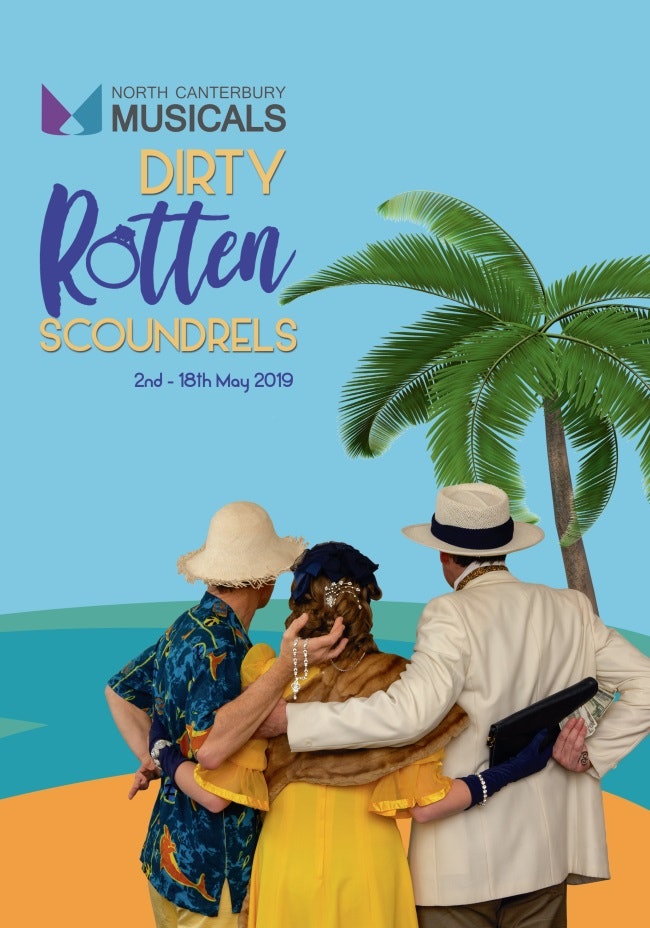 Lawrence Jameson makes his lavish living by talking rich ladies out of their money. Freddy Benson more humbly swindles women by waking their compassion with fabricated stories about his grandmother's failing health. After meeting at a hotel, they attempt to work together, only to find that this small French town isn't big enough for the two of them. They agree on a settlement: the first one to extract $50,000 from a young female target, heiress Christine Colgate, wins, and the other must leave town. A hilarious battle of cons ensues that will keep audiences laughing, humming and guessing to the end!

A musical to add some spice into your life!

Note: The comedic content has been updated to suit modern sensibilities.

Don’t forget you can purchase your official Dirty Rotten Scoundrels programme and collect it at the theatre.