Add 10 or more tickets to your Cart in one order to one Show, then click to apply 10% discount!

Get your discount now with the pre-issued promotional code.

Local landowner Nora Cox dies, leaving her prime coastal property to the people of the small town of Bell End. Mayor Duncan attempts to keep the details of the town’s acquisition secret, inviting Auckland developer Richard Lush to help him transform the asset into a cash cow for the impoverished council.  However, Nora’s land holds historical and cultural significance to the town as it was the site of a daring rescue following a shipwreck over 100 years ago.  When rural postie Murray learns what is afoot, he sets out to scupper the mayor’s plans.  Murray’s interference leads to a town vote on the future of the land.  It’s an emotional issue for the townsfolk, who commemorate the shipwreck and rescue with an annual bareback horse race across Nora’s land – an event  which will be thrown into jeopardy should the development be given the green light.  The vote results in a stalemate and Richard’s plans are stalled – until he places a wager on the upcoming race.  He will ride against Murray.  If Murray wins, Richard will leave town. If Richard wins, Murray will change his vote and the development will proceed. However, Richard has fallen for the local beauty – Murray’s step daughter, Trish.  Will love conquer greed? And what will be become of Alan the crazed chicken farmer with a dangerous obsession with explosives?

In arrangement with New Zealand Playwright

Note: strobe lighting will be used briefly during this production. 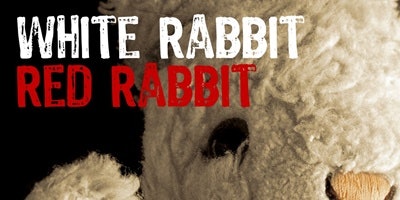