Unfortunately this event has been cancelled.  Ticketholders will be contacted in due course to arrange a refund.

REGISTRATION Entry is by gold coin. Registrations are essential to guarantee seating!
$0.00

Registration
free
Please note: not all delivery or payment options may be available at checkout due to compatibility with other events that may be in your cart.

MRFF2020 is for school and rangatahi of all ages. Attending filmmakers are available for a Q&A. Entry is by gold coin.

Each year school students travel from near and far to attend the MRFF. Registrations are essential to guarantee seating!

Once registered, teachers or parents will receive an information pack with further details about all films as well as suggested talking points for their tamariki.

The E Tū Whānau Rangatahi Film Challenge is an opportunity for rangatahi up to the age of 24 to create films from their perspective as young people in Aotearoa.

It’s about empowering rangatahi to tell their own stories through film. Films screened in this session were made by rangatahi aged 12 - 24 during workshops in Kaitaia, Hokianga, Tāmaki Makaurau, Kirikiriroa, Rotorua and Ōtaki in 2019. Celebrate rangatahi storytelling at the annual E Tū Whānau Rangatahi Film Awards!

Visit maorilandfilm.co.nz for full programme information
Or return to the main ticketing page 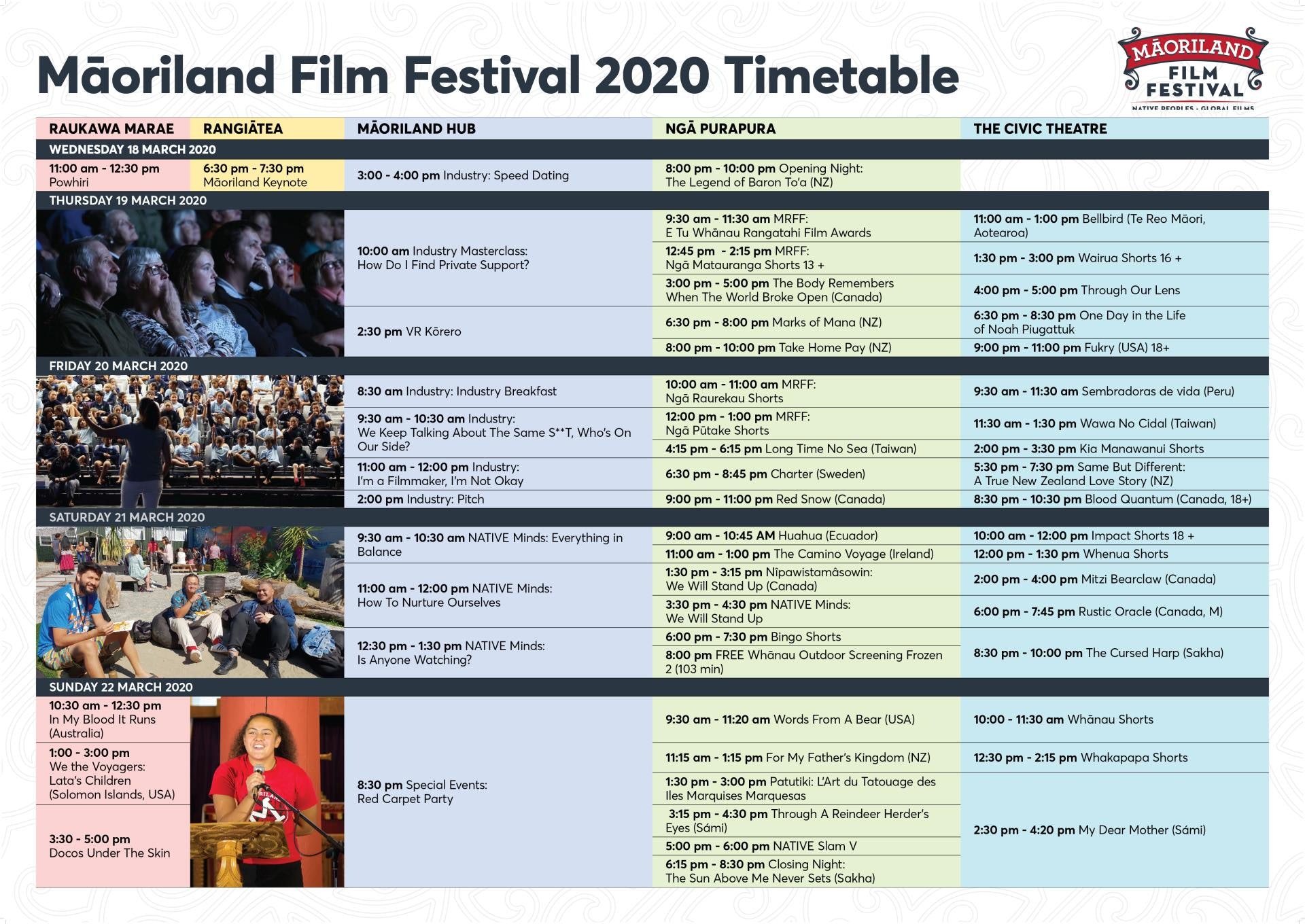