Add 20 or more tickets to your Cart together for one performance, click to apply discount and pay only $20 each. 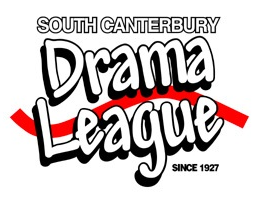 In the good old days-no TV or internet- families would huddle around the radio to hear dramas and comedies and conjure up their own images. They were helped by the sound effects emanating from the valve radio. “Radio Plays” takes us to the broadcasting studio where “actors”  perform in front of a live audience and are heard in millions of homes across the world.   The "oohs", "ahhs" and "boos" that are transmitted into the  living room are the genuine responses from that audience.   Even the sound effects were created live on stage by Foley Artists, presenting their own entertainment for the audience.

The first radio play  is "The 39 Steps" by Joe Landry.    It is a suspenseful dramatisation with comedic elements, that any true Hitchcock fan will enjoy.   Richard Hannay is on the run for a murder he did not commit.   He must clear his name before the authorities (or worse still, the spies who are trying to silence him) get him first.

The second play  is "The War Of The Worlds" by Howard E. Koch.  This is, word-for-word, the script produced by Orson Welles on Halloween night, 1938 - the script that convinced a nation it was being invaded.   It tells the tale of Professor Pierson, who is called upon to examine the strange meteor that has landed in New Jersey.   He must, somehow, avoid the Martian's Heatray, and choking black smoke in order to survive.   It is a chilling tale of how life, as we know it, can change overnight.

1940s THEME NIGHT - Wed 18th August
Come dressed in your best 1940s clothes. Encourage your friends to do likewise and try to outdo each other and we’ll “Round up the Usual Suspects”. Prizes for best dressed

SCIENCE FICTION THEME NIGHT - Sat 21st August
Come dressed as any science fiction character. Encourage your friends to do likewise. Remember ”The Force is With You” Prizes for best dressed.