God of Carnage by Yasmina Reza

Auckland Auckland
A comedy of manners without the manners
SHARE: 0 0
Friday to:
Sunday

Add 10 or more tickets from one performance to your cart, then apply the group booking discount and pay only $20 each!

Cast & Crew get discounted tickets with the use of your unique complimentary code. Limits apply.

Promotion for ticketholders affected by the previous season cancellations, enter your pre-issued code to rebook your tickets to this new season for only $20!

What happens when two sets of parents meet up to deal with the unruly behaviour of their children?  A calm and rational debate between grown-ups about the need to teach kids how to behave properly?  Or a hysterical night of name calling, tantrums and tears before bedtime?  Boys will be boys, but adults are usually worse - much worse.

God of Carnage  by Yasmina Reza and translated by Christopher Hampton, won the Olivier Award for Best Comedy and the Tony award for Best Play.

Directed by Kate Birch, a black comedy where you join two couples on a rollercoaster ride to carnage. 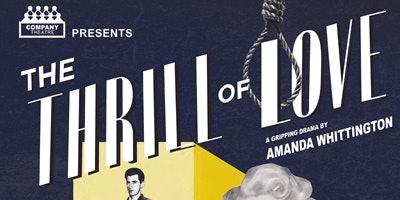 The Thrill of Love by Amanda Whittington, directed by Kathy Gent The Rose Theatre